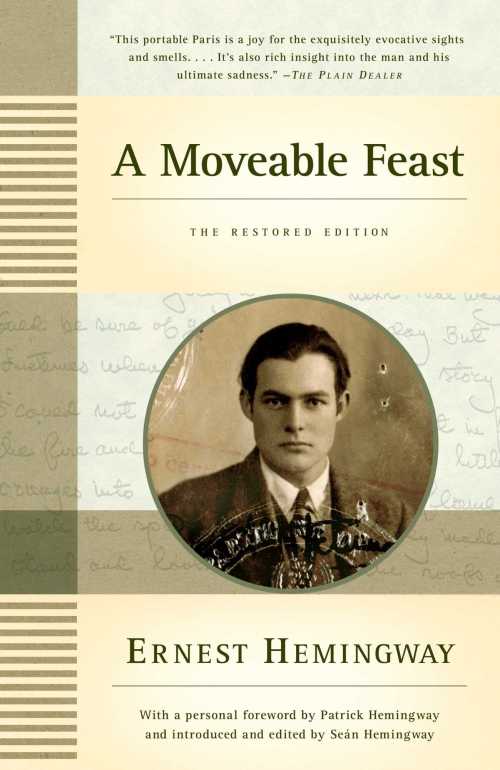 When Ernest Hemingway died in 1961 he had nearly completed A Moveable Feast, which eventually was published posthumously in 1964 and edited by his widow Mary Hemingway. This new special edition of Hemingway's classic memoir of his early years in Paris in the 1920's presents the original manuscript as the author intended it to be published at the time of his death.

This new publication also includes a number of unfinished Paris sketches on writing and experiences that Hemingway had with his son, Jack, his wife Hadley, F. Scott Fitzgerald, Ford Maddox Ford and others. A personal foreword by Patrick Hemingway, Ernest's sole surviving son, precedes an introduction by the editor, Sean Hemingway, grandson of the author.

It's a magnificent book. That's where Hemingway really speaks to his writing process, it's fantastical.