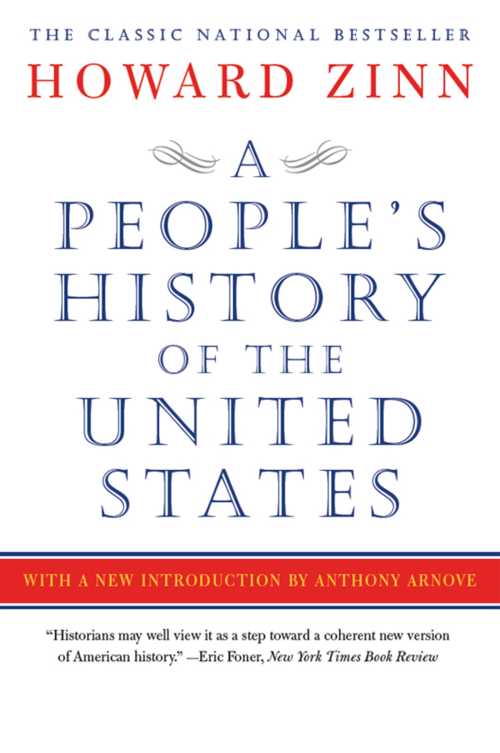 A People's History of the United States

The classic national bestseller by historian Howard Zinn that chronicles American history from the bottom up, throwing out the official narrative taught in schools—with its emphasis on great men in high places—to focus on the street, the home and the workplace.

Known for its lively, clear prose as well as its scholarly research, A People's History of the United States is the only volume to tell America's story from the point of view of—and in the words of—America's women, factory workers, African-Americans, Native Americans, the working poor, and immigrant laborers. As Zinn shows, many of our country's greatest battles—the fights for a fair wage, an eight-hour workday, child-labor laws, health and safety standards, universal suffrage, women's rights, racial equality—were carried out at the grassroots level, against bloody resistance.

Covering Christopher Columbus's arrival through President Clinton's first term, A People's History of the United States features insightful analysis of the most important events in our history.

One more book, even though I haven’t gifted it to a lot of people, but I credit this book with propelling me to dig deeper, and to not always believe the narrative, and that book is A People’s History of the United States by Howard Zinn.

You have to read this book, because it will turn on its head so much of what you have always believed to be true about this country. You know, it goes into graphic detail the savagery that took place with Christopher Columbus on the Native Americans, the Native people who inhabited this land.