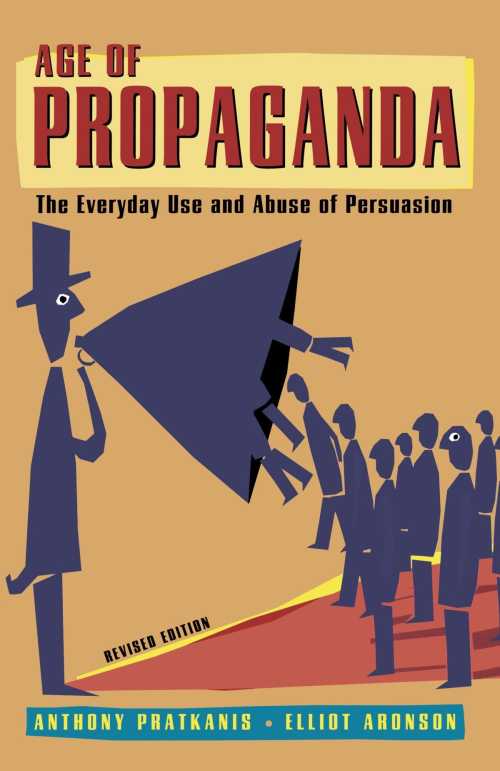 The Everyday Use and Abuse of Persuasion

Americans create 57% of the world's advertising while representing only 6% of its population; half of our waking hours are spent immersed in the mass media. Persuasion has always been integral to the democratic process, but increasingly, thoughtful discussion is being replaced with simplistic soundbites and manipulative messages.

Drawing on the history of propaganda as well as on contemporary research in social psychology, Age of Propaganda shows how the tactics used by political campaigners, sales agents, advertisers, televangelists, demagogues, and others often take advantage of our emotions by appealing to our deepest fears and most irrational hopes, creating a distorted vision of the world we live in.

The Age of Propaganda is less known. It is interesting that so many of us focus on our technical skill, but ultimately being able to understand why we do the things we do and why other people do the things they do is so much more powerful.