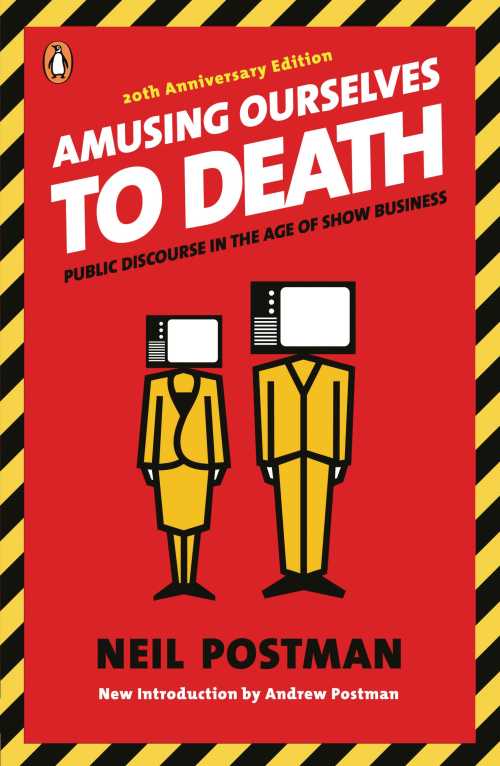 Amusing Ourselves to Death

Public Discourse in the Age of Show Business

Originally published in 1985, Neil Postman’s groundbreaking polemic about the corrosive effects of television on our politics and public discourse has been hailed as a twenty-first-century book published in the twentieth century. Now, with television joined by more sophisticated electronic media—from the Internet to cell phones to DVDs—it has taken on even greater significance. Amusing Ourselves to Death is a prophetic look at what happens when politics, journalism, education, and even religion become subject to the demands of entertainment. It is also a blueprint for regaining control of our media, so that they can serve our highest goals.

Neil Postman in general is a media thinker about some of the topics we’ve discussed today is just excellent. He foresaw so many of the problems in his book Amusing Ourselves to Death.