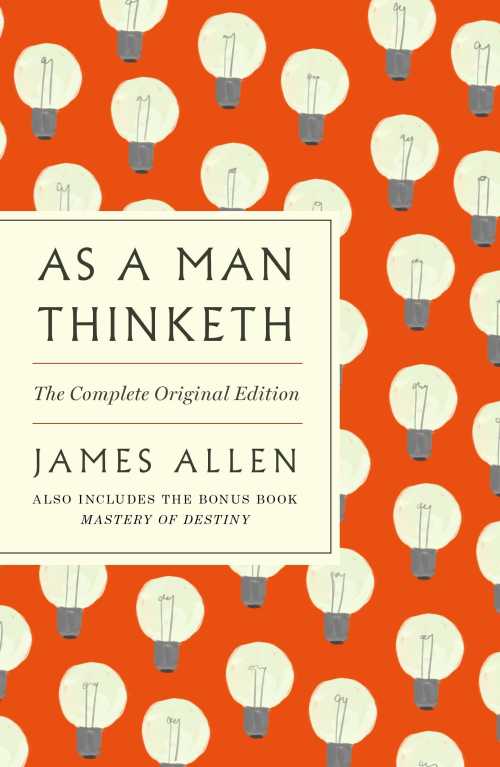 As a Man Thinketh

James Allen's From Poverty to Power (1901) and As a Man Thinketh (1902) stand as seminal texts in the self-help genre that have served as sources of inspiration since their publication at the beginning of the 20th century. Loosely based in its principles around the Biblical proverb "As a man thinketh in his heart, so is he," As a Man Thinketh asserts the powerful idea that belief is central to bringing about positive events in one's life. From Poverty to Power, Allen's first book, relies on a similar philosophy but addresses themes of adversity and suffering more directly and offers his simple wisdom as a means of overcoming difficulty. Allen's writings are powerful and relevant today as they were over a century ago, and this collection brings their solace and inspiration to modern listeners.

Over the years, probably the most common books I’ve recommended are As a Man Thinketh by James Allen because when you think about the quality of peoples’ lives, it starts with what meaning we give things. Two people can have the same exact experience, and one person thinks it’s over, and one person thinks the game has begun. That is the difference that makes a difference in the quality of peoples’ lives. It’s not what happens to them, as we all know.