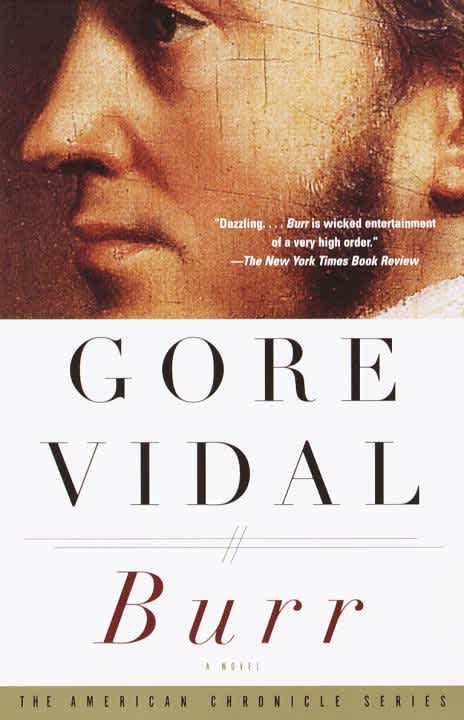 Here is an extraordinary portrait of one of the most complicated - and misunderstood - figures among the Founding Fathers. In 1804, while serving as vice president, Aaron Burr fought a duel with his political nemesis, Alexander Hamilton, and killed him. In 1807, he was arrested, tried, and acquitted of treason. In 1833, Burr is newly married, an aging statesman considered a monster by many. But he is determined to tell his own story, and he chooses to confide in a young New York City journalist named Charles Schermerhorn Schuyler. Together, they explore both Burr's past - and the continuing civic drama of their young nation.

Burr is the first novel in Gore Vidal's Narratives of Empire series, which spans the history of the United States from the Revolution to post-World War II. With their broad canvas and sprawling cast of fictional and historical characters, these novels present a panorama of American politics and imperialism, as interpreted by one of our most incisive and ironic observers.