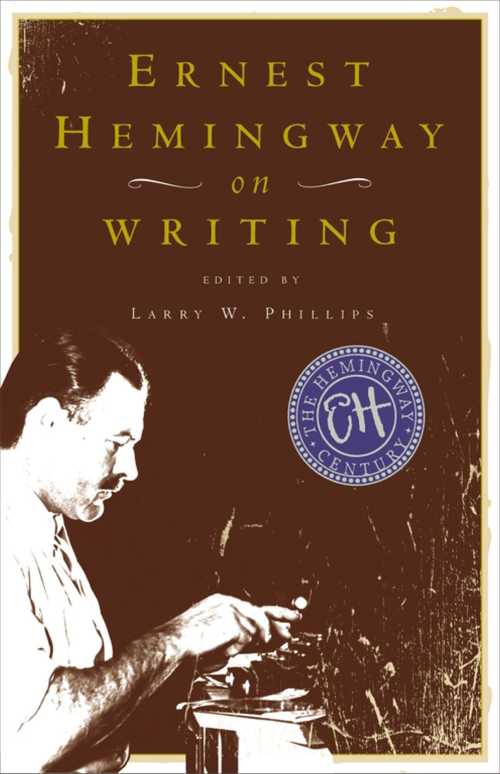 An assemblage of reflections on the nature of writing and the writer from one the greatest American writers of the 20th century.

Throughout Hemingway’s career as a writer, he maintained that it was bad luck to talk about writing - that it takes off “whatever butterflies have on their wings and the arrangement of hawk’s feathers if you show it or talk about it”.

Despite this belief, by the end of his life he had done just what he intended not to do. In his novels and stories, in letters to editors, friends, fellow artists, and critics, in interviews and in commissioned articles on the subject, Hemingway wrote often about writing. And he wrote as well and as incisively about the subject as any writer who ever lived....

This book contains Hemingway’s reflections on the nature of the writer and on elements of the writer’s life, including specific and helpful advice to writers on the craft of writing, work habits, and discipline. The Hemingway personality comes through in general wisdom, wit, humor, and insight, and in his insistence on the integrity of the writer and of the profession itself. (From the Preface by Larry W. Phillips)

If someone wants to get to know Hemingway it's just a fantastic compilation of all of Hemingway's writing in letters, in his books, in his articles, everywhere, put together thematically. Basically Hemingway on the writing process, I think it's one of the most important little collections on creativity that I've ever run into. Absolutely brilliant book.