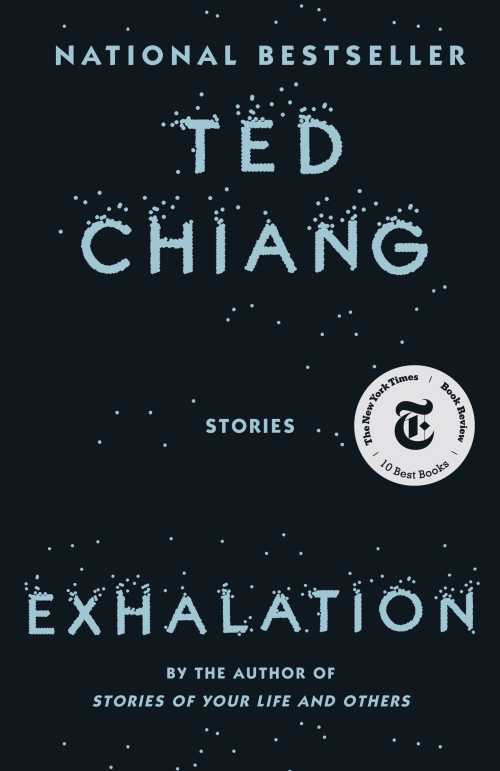 In these nine stunningly original, provocative, and poignant stories, Ted Chiang tackles some of humanity’s oldest questions along with new quandaries only he could imagine.

In “The Merchant and the Alchemist’s Gate,” a portal through time forces a fabric seller in ancient Baghdad to grapple with past mistakes and second chances. In “Exhalation,” an alien scientist makes a shocking discovery with ramifications that are literally universal. In “Anxiety Is the Dizziness of Freedom,” the ability to glimpse into alternate universes necessitates a radically new examination of the concepts of choice and free will.

Including stories being published for the first time as well as some of his rare and classic uncollected work, Exhalation is Ted Chiang at his best: profound, sympathetic—revelatory.

Fantastic series of short fiction books that are amazing. Highly recommend. So Good.