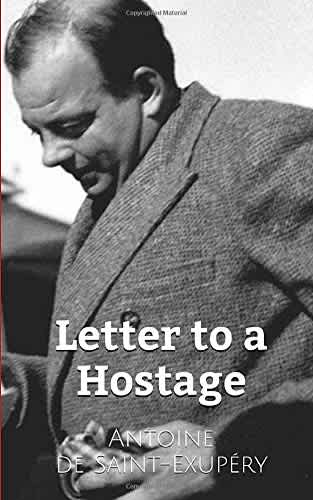 Letter to a Hostage

Saint-Exupéry initially wrote this piece as a preface for his best friend, Léon Werth's novel: Trente-trois jours (Thirty Three Days). Werth had been forced to take refuge in the Jura region of France during the autumn of 1940 because of his Jewish origins. His book, however, could not be published, and so the author significantly revised his preface, removing any direct references to his friend and making him anonymous within the text and a symbol for France as the hostage of the occupying forces. This version was published independently in June 1943. The work is comprised of six short chapters which reflect upon recent aspects of the author's life (travelling to Portugal, impressions of the Sahara, living in the Usa...), and combines references to his friendship with Werth and to his love for his country.

Saint-Exupéry was a commercial pilot before World War II, and once the war broke out, he served as a pilot for the French military, running reconnaissance missions. At one point he became a prisoner of war after his plane crashed over the Sahara Desert. Letter to a Hostage is his slim memoir recounting that experience, reflecting on its deeper significance, an experience that informed and inspired The Little Prince but also opened up these enormous questions of what does it mean to live? What is the wellspring of our humanity? How do we keep our noblest impulses alive in the midst of death and destruction and divisiveness?