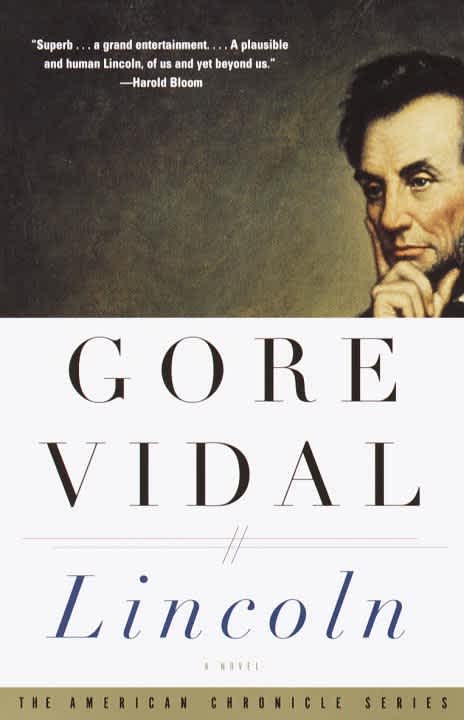 Lincoln is the cornerstone of Gore Vidal’s fictional American chronicle, which includes Burr; 1876; Washington, D.C.; Empire; and Hollywood. It opens early on a frozen winter morning in 1861, when President-elect Abraham Lincoln slips into Washington, flanked by two bodyguards. The future president is in disguise, for there is talk of a plot to murder him. During the next four years there will be numerous plots to murder this man who has sworn to unite a disintegrating nation.

Isolated in a ramshackle White House in the center of a proslavery city, Lincoln presides over a fragmenting government as Lee’s armies beat at the gates. In this profoundly moving novel, a work of epic proportions and intense human sympathy, Lincoln is observed by his loved ones and his rivals. The cast of characters is almost Dickensian: politicians, generals, White House aides, newspapermen, Northern and Southern conspirators, amiably evil bankers, and a wife slowly going mad.

Vidal’s portrait of the president is at once intimate and monumental, stark and complex, drawn with the wit, grace, and authority of one of the great historical novelists.