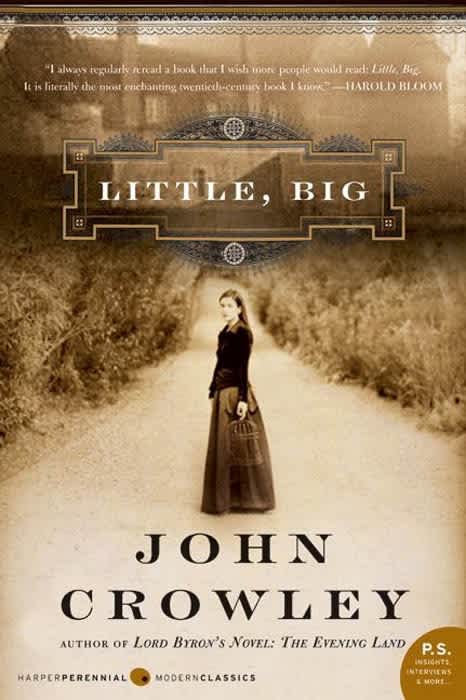 John Crowley's masterful Little, Big is the epic story of Smoky Barnable, an anonymous young man who travels by foot from the City to a place called Edgewood—not found on any map—to marry Daily Alice Drinkawater, as was prophesied. It is the story of four generations of a singular family, living in a house that is many houses on the magical border of an otherworld. It is a story of fantastic love and heartrending loss; of impossible things and unshakable destinies; and of the great Tale that envelops us all. It is a wonder.

This is, I suppose you could consider it a fantasy novel. It’s a bit difficult in the beginning. I’m going to warn people that you really need to give it at least 30 pages. I tried this book two or three times.