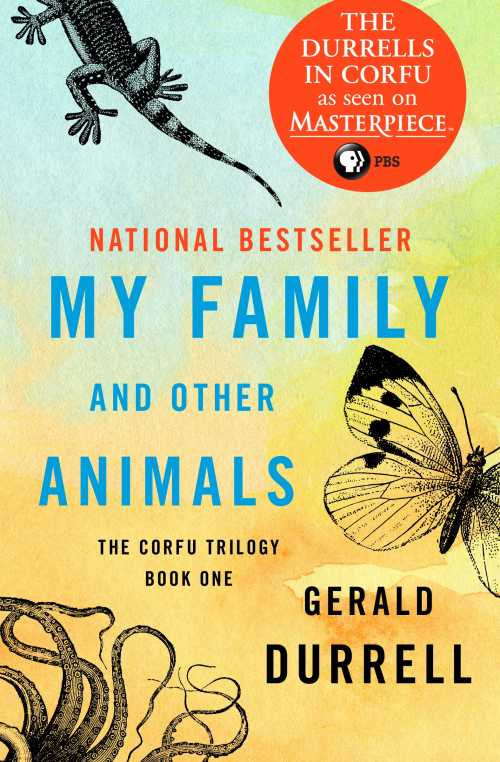 My Family and Other Animals

The inspiration for The Durrells in Corfu, a Masterpiece production on public television: A naturalist’s account of his childhood on the exotic Greek island.

When the Durrells could no longer endure the gray English climate, they did what any sensible family would do: sold their house and relocated to the sun-soaked island of Corfu.

As they settled into their new home, hilarious mishaps ensued as a ten-year-old Gerald Durrell pursued his interest in natural history and explored the island’s fauna. Soon, toads and tortoises, bats and butterflies—as well as scorpions, geckos, ladybugs, praying mantises, octopuses, pigeons, and gulls—became a common sight in the Durrell villa.

Uproarious tales of the island’s animals and Durrell’s fond reflections on his family bring this delightful memoir to life. Capturing the joyous chaos of growing up in an unconventional household, My Family and Other Animals will transport you to a place you won’t want to leave.

Gerald Durrell’s My Family and Other Animals, essentially comic memoirs. Just really funny books. They’re books that I just found moving in all kinds of ways that are odd books that I’ll go grab and send to people.