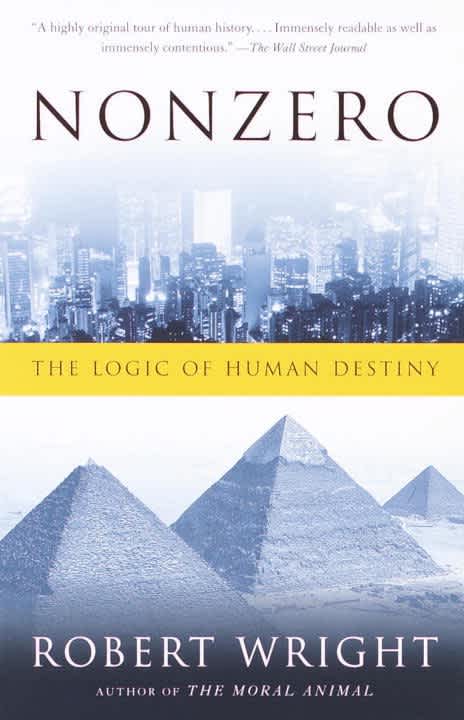 The Logic of Human Destiny

In his bestselling The Moral Animal, Robert Wright applied the principles of evolutionary biology to the study of the human mind. Now Wright attempts something even more ambitious: explaining the direction of evolution and human history–and discerning where history will lead us next.

In Nonzero: The Logic of Human Destiny, Wright asserts that, ever since the primordial ooze, life has followed a basic pattern. Organisms and human societies alike have grown more complex by mastering the challenges of internal cooperation. Wright's narrative ranges from fossilized bacteria to vampire bats, from stone-age villages to the World Trade Organization, uncovering such surprises as the benefits of barbarian hordes and the useful stability of feudalism. Here is history endowed with moral significance–a way of looking at our biological and cultural evolution that suggests, refreshingly, that human morality has improved over time, and that our instinct to discover meaning may itself serve a higher purpose. Insightful, witty, profound, Nonzero offers breathtaking implications for what we believe and how we adapt to technology's ongoing transformation of the world.

Robert Wright is one of the smartest writers I’ve ever read. His book Nonzero is among my five favorite books of all time. So, that book came out recently, and I gave that to my closest friend and my family.