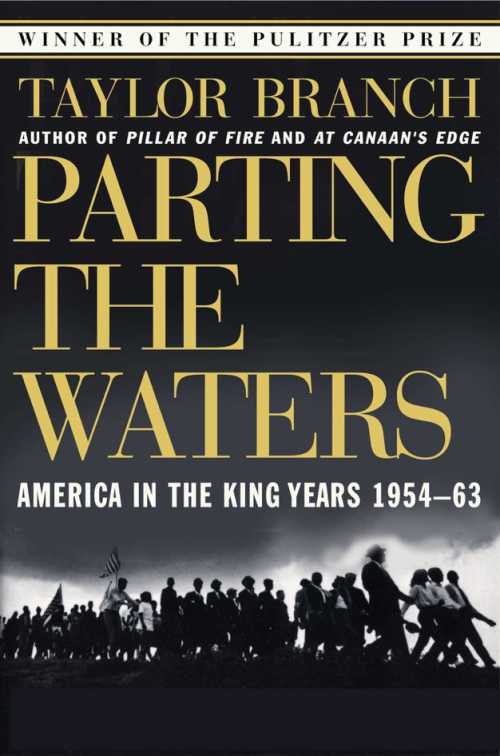 In Parting the Waters, the first volume of his essential America in the King Years series, Pulitzer Prize winner Taylor Branch gives a “compelling…masterfully told” (The Wall Street Journal) account of Martin Luther King’s early years and rise to greatness.

Hailed as the most masterful story ever told of the American Civil Rights Movement, Parting the Waters is destined to endure for generations.

Moving from the fiery political baptism of Martin Luther King, Jr., to the corridors of Camelot where the Kennedy brothers weighed demands for justice against the deceptions of J. Edgar Hoover, here is a vivid tapestry of America, torn and finally transformed by a revolutionary struggle unequaled since the Civil War.

Taylor Branch provides an unsurpassed portrait of King's rise to greatness and illuminates the stunning courage and private conflict, the deals, maneuvers, betrayals, and rivalries that determined history behind closed doors, at boycotts and sit-ins, on bloody freedom rides, and through siege and murder.

Epic in scope and impact, Branch's chronicle definitively captures one of the nation's most crucial passages.

I think Parting the Waters, Taylor Branch’s Pulitzer Prize-winning book. If you’re an American, it’s just an unbelievable story of our country.