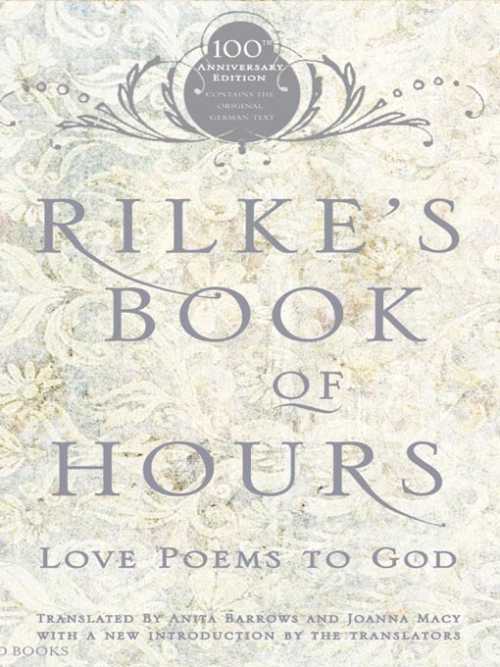 While visiting Russia in his twenties, Rainer Maria Rilke, one of the twentieth century's greatest poets, was moved by a spirituality he encountered there. Inspired, Rilke returned to Germany and put down on paper what he felt were spontaneously received prayers. Rilke's Book of Hours is the invigorating vision of spiritual practice for the secular world, and a work that seems remarkably prescient today, one hundred years after it was written.

Rilke's Book of Hours shares with the reader a new kind of intimacy with God, or the divine—a reciprocal relationship between the divine and the ordinary in which God needs us as much as we need God. Rilke influenced generations of writers with his Letters to a Young Poet, and now Rilke's Book of Hours tells us that our role in the world is to love it and thereby love God into being. These fresh translations rendered by Joanna Macy, a mystic and spiritual teacher, and Anita Barrows, a skilled poet, capture Rilke's spirit as no one has done before.

I have gifted that Rilke book. It’s Rilke’s Book of Hours and the subtitle is Love Poems to God.