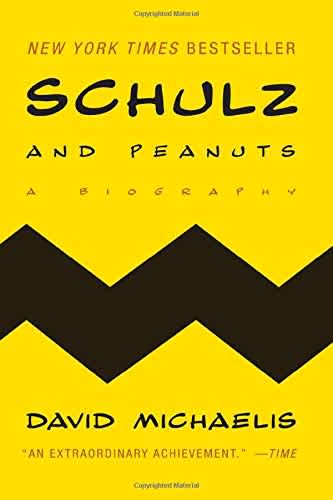 Charles Schulz, the most widely syndicated and beloved cartoonist of all time, is also one of the most misunderstood figures in American culture. Now, acclaimed biographer David Michaelis gives us the first full-length biography of Schulz: at once a creation story, a portrait of a hidden American genius, and a chronicle contrasting the private man with the central role he played in shaping the national imagination.

The son of a barber, Schulz was born in Minnesota to modest, working class roots. In 1943, just three days after his mother's tragic death from cancer, Schulz, a private in the army, shipped out for boot camp and the war in Europe. The sense of shock and separation never left him. And these early experiences would shape his entire life.

With Peanuts, Schulz embedded adult ideas in a world of small children to remind the reader that character flaws and childhood wounds are with us always. It was the central truth of his own life, that as the adults we've become and as the children we always will be, we can free ourselves, if only we can see the humor in the predicaments of funny-looking kids. Schulz's Peanuts profoundly influenced the country in the second half of the 20th century. But the strip was anchored in the collective experience and hardships of Schulz's generation: the generation that survived the Great Depression and liberated Europe and the Pacific and came home to build the postwar world.

Michaelis brilliantly weaves Schulz's story with the cartoons that are so familiar to us, revealing a man we've never fully known and shedding new light on a touchstone of American life.

Another one I really like, coming out of left field, but there’s Charles Schultz is the creator of Peanuts. The Schultz biography is amazing. And, basically, the biographer makes the case that Peanuts was the longest, continuous work of American art ever made.