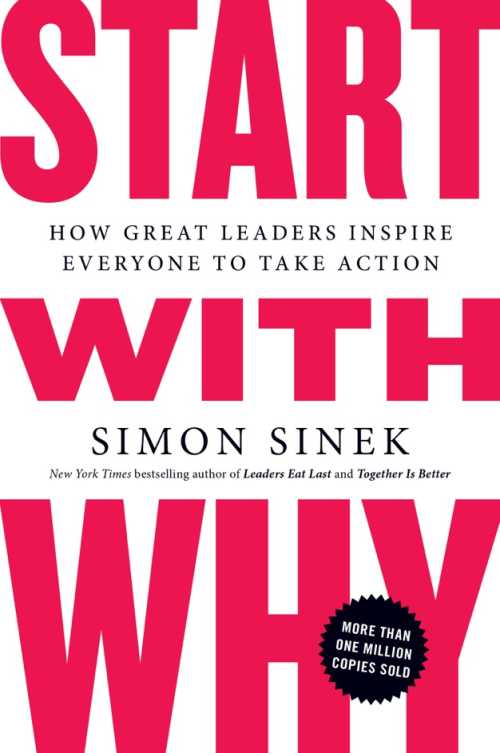 How Great Leaders Inspire Everyone to Take Action

he inspiring, life-changinTg best seller by the author of Leaders Eat Last and Together Is Better.

In 2009 Simon Sinek started a movement to help people become more inspired at work and, in turn, inspire their colleagues and customers. Since then, millions have been touched by the power of his ideas, including more than 28 million who've watched his TED Talk based on Start with Why - the third most popular TED video of all time.

Sinek starts with a fundamental question: Why are some people and organizations more innovative, more influential, and more profitable than others? Why do some command greater loyalty from customers and employees alike? Even among the successful, why are so few able to repeat their success over and over?

People like Martin Luther King Jr., Steve Jobs, and the Wright Brothers had little in common, but they all started with why. They realized that people won't truly buy into a product, service, movement, or idea until they understand the why behind it.

Start with Why shows that the leaders who've had the greatest influence in the world all think, act, and communicate the same way - and it's the opposite of what everyone else does. Sinek calls this powerful idea The Golden Circle, and it provides a framework upon which organizations can be built, movements can be led, and people can be inspired. And it all starts with why.

It’s been some years but for awhile, that book, Start with Why. I like that one a lot. Because I'd seen the talk on Ted Talk that Simon Sinek did. I would send that to people and say this is so important. I realized better what I was doing when I read that book, and I gave it to people to show them how to clarify what they’re doing right and what they’re doing wrong.

A big book at SoulCycle for us was always Start with Why from Simon Sinek. A lot of people are Simon Sinek fans. I will say this is what I think is so interesting as somebody who is fascinated with brand, and the articulation of brand, and all things brand. I think that people are often confused and think of brand is the way something looks or the color of a logo. Brands are really how people feel. I think it was maybe Jeff Bezos who said it. It’s what people say about you when you’re not in the room, or that kind of a thing. I do think that Start with Why is so important, because people understanding why you do something, not what you are doing, is really what makes or breaks a brand.

I think everything about that book is fantastic. I think that, for us, really, we spent so much time. I remember the day that we just really officially stop doing our day jobs. I looked at Elizabeth and said, “Are we ever going to get to go back to work? Or do we have to spend our whole life making these people happy?” Referring to our employees. That was the truth. There was a day where it all turned, and you began to realize that if the culture wasn’t going to be good, that the product wasn’t going to be good. I think that’s a real core value from Simon Sinek who really says that your happiest customer is only as happy as your happiest employee.