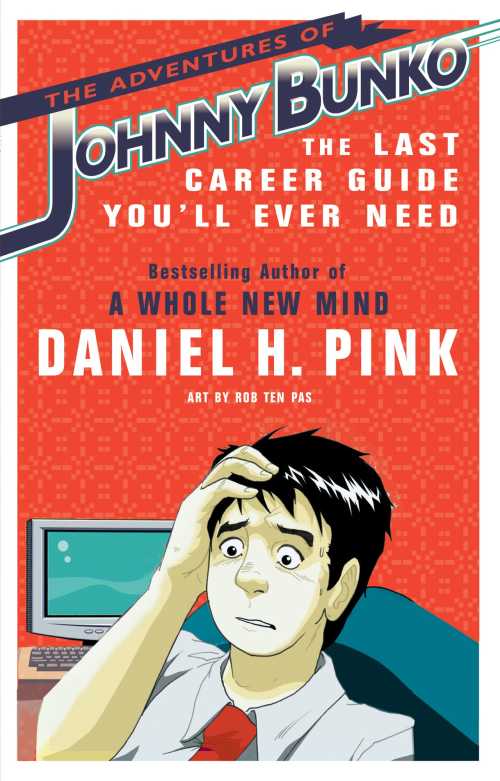 The Adventures of Johnny Bunko

There’s never been a career guide like The Adventures of Johnny Bunko by Daniel H. Pink (author of To Sell Is Human: The Surprising Truth About Motivating Others). Told in manga—the Japanese comic book format that’s an international sensation—it’s the fully illustrated story of a young Everyman just out of college who lands his first job.

Johnny Bunko is new to the Boggs Corp., and he stumbles through his early months as a working stiff until a crisis prompts him to rethink his approach. Step by step he builds a career, illustrating as he does the six core lessons of finding, keeping, and flourishing in satisfying work. A groundbreaking guide to surviving and flourishing in any career, The Adventures of Johnny Bunko is smart, engaging and insightful, and offers practical advice for anyone looking for a life of rewarding work.

I've given that away to young people because it's, for me, the best summary of ... Again, it's not how to become successful; it's how to become indispensable, too. If you know a young person who is just starting out, hand them that book. It's very easy for them to read. Again, it's graphic novel. It's not threatening. It's fun. It'll give these five great principles for starting out and helping them go orient themselves as they start working, in the working life.