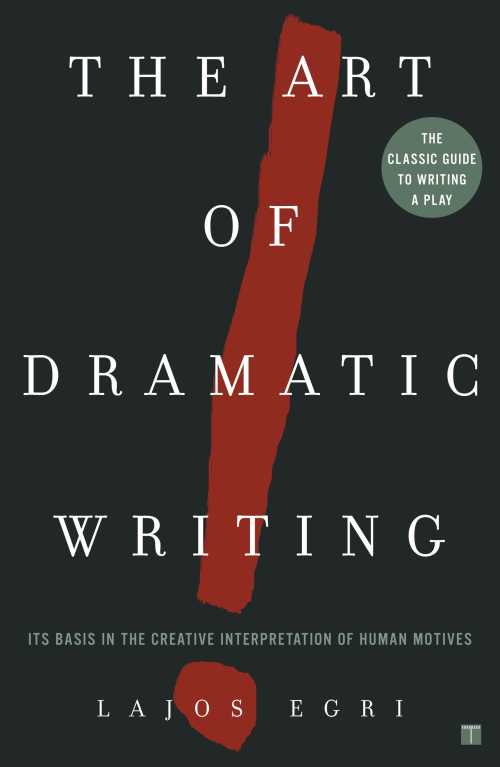 The Art of Dramatic Writing

Its Basis in the Creative Interpretation of Human Motives

Amid the hundreds of "how-to" books that have appeared in recent years, there have been very few which attempted to analyze the mysteries of play-construction. This book does that -- and its principles are so valid that they apply equally well to the short story, novel and screenplay.

Lajos Egri examines a play from the inside out, starting with the heart of any drama: its characters. For it is people -- their private natures and their inter-relationships -- that move a story and give it life. All good dramatic writing depends upon an understanding of human motives. Why do people act as they do? What forces transform a coward into a hero, a hero into a coward? What is it that Romeo does early in Shakespeare's play that makes his later suicide seem inevitable? Why must Nora leave her husband at the end of A Doll's House?

These are a few of the fascinating problems which Egri analyzes. He shows how it is essential for the author to have a basic premise -- a thesis, demonstrated in terms of human behavior -- and to develop his dramatic conflict on the basis of that behavior. Premise, character, conflict: this is Egri's ABC. His book is a direct, jargon-free approach to the problem of achieving truth in a literary creation.

I've given this book, The Art of Dramatic Writing to people.