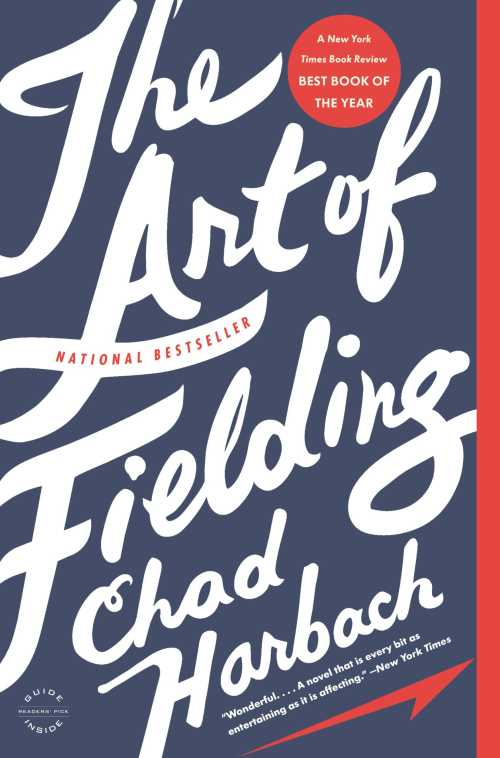 The Art of Fielding

At Westish College, a small school on the shore of Lake Michigan, baseball star Henry Skrimshander seems destined for Big League stardom. But when a routine throw goes disastrously off course, the fates of five people are upended. Henry's fight against self-doubt threatens to ruin his future.

College President Guert Affenlight, a longtime bachelor, has fallen unexpectedly and helplessly in love. Owen Dunne, Henry's gay roommate and teammate, becomes caught up in a dangerous affair. Mike Schwartz, the Harpooners' team captain and Henry's best friend, realizes he has guided Henry's career at the expense of his own. And Pella Affenlight, Guert's daughter, returns to Westish after escaping an ill-fated marriage, determined to start a new life.

As the season counts down to its climactic final game, these five are forced to confront their deepest hopes, anxieties, and secrets. In the process, they forge new bonds, and help one another find their true paths.

Written with boundless intelligence and filled with the tenderness of youth, The Art of Fielding is an expansive, warmhearted novel about ambition and its limits, about family and friendship and love, and about commitment - to oneself and to others.

I’ve been pushing around The Art of Fielding over the last year or two, by Chad Harbach. I love that book. It’s a baseball theme, but it’s really about life, and all that goes with it, and complexities in relationships. There’s something about it. That book just sucked me in, and I love the feeling of being sucked in, which doesn’t happen with that intensity too often, so that was a good one.