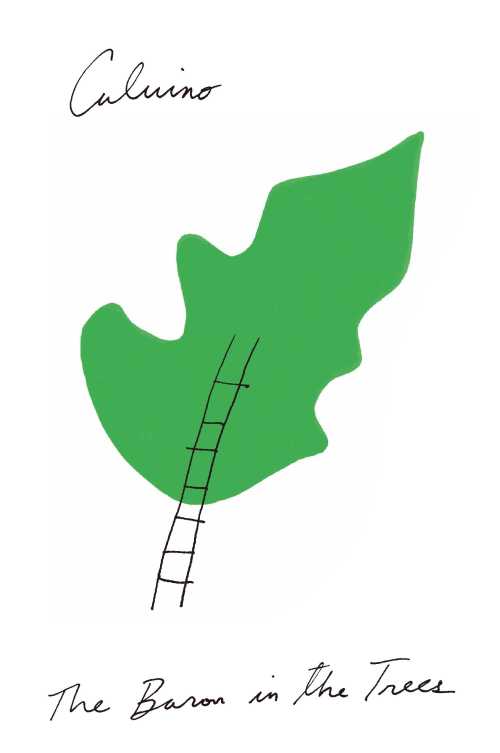 The Baron in the Trees

Cosimo di Rondó, a young Italian nobleman of the eighteenth century, rebels against his parents by climbing into the trees and remaining there for the rest of his life. He adapts efficiently to an existence in the forest canopy—he hunts, sows crops, plays games with earth-bound friends, fights forest fires, solves engineering problems, and even manages to have love affairs. From his perch in the trees, Cosimo sees the Age of Enlightenment pass by and a new century dawn.

The Baron in the Trees exemplifies Calvino’s peerless ability to weave tales that sparkle with enchantment. This new English rendering by acclaimed translator Ann Goldstein breathes new life into one of Calvino’s most beloved works.

Then The Baron in the Trees by Italo Calvino, which is a fantastic short book about a young baron who gets in a huge tiff with his father and goes up in the trees, never to come down again, and has love affairs, battles of various types, wages, political campaigns, all from within the canopies of the trees. It’s a great book. That is another I would mention.