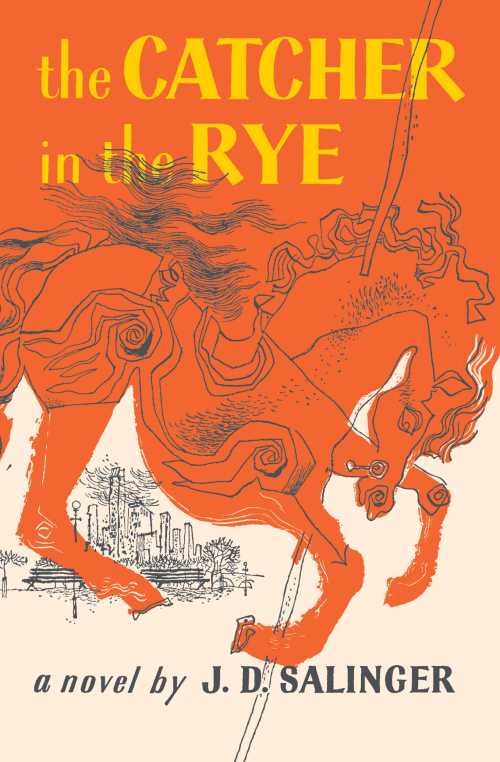 The Catcher in the Rye

"If you really want to hear about it, the first thing you'll probably want to know is where I was born, and what my lousy childhood was like, and how my parents were occupied and all before they had me, and all that David Copperfield kind of crap, but I don't feel like going into it, if you want to know the truth."

The hero-narrator of The Catcher in the Rye is an ancient child of sixteen, a native New Yorker named Holden Caufield. Through circumstances that tend to preclude adult, secondhand description, he leaves his prep school in Pennsylvania and goes underground in New York City for three days.

I guess, through life, it’s Catcher in the Rye. I love that book. You get different meanings from it. I get different reactions. For example, my son, Chance, who is 18 hated Holden Caulfield, thought he was a pompous, spoiled brat.