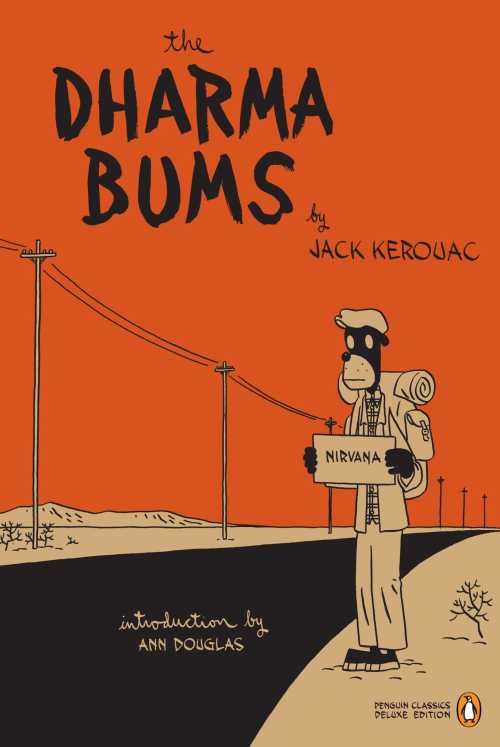 Jack Kerouac’s classic novel about friendship, the search for meaning, and the allure of nature

First published in 1958, a year after On the Road put the Beat Generation on the map, The Dharma Bums stands as one of Jack Kerouac's most powerful and influential novels. The story focuses on two ebullient young Americans - mountaineer, poet, and Zen Buddhist Japhy Ryder, and Ray Smith, a zestful, innocent writer - whose quest for Truth leads them on a heroic odyssey, from marathon parties and poetry jam sessions in San Francisco's Bohemia to solitude and mountain climbing in the High Sierras.

Jack Kerouac has a huge impact on my life, On the Road, Dharma Bums. His books were what initially tapped me into the idea that life could be ecstatically beautiful.