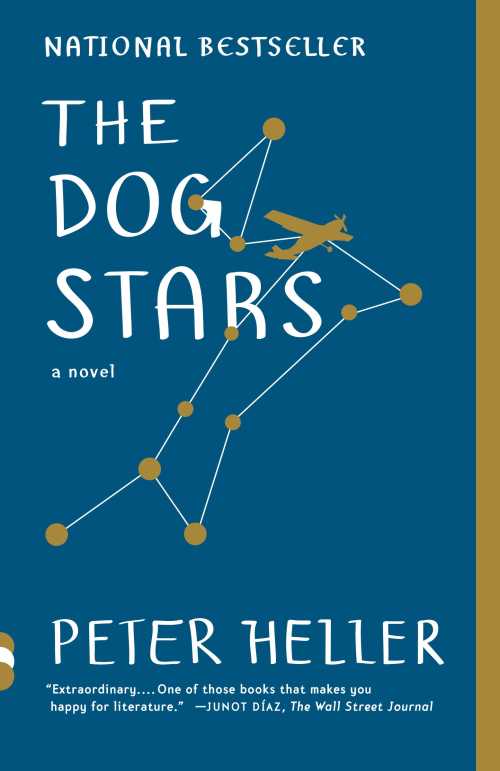 Hig somehow survived the flu pandemic that killed everyone he knows. Now his wife is gone, his friends are dead, and he lives in the hangar of a small abandoned airport with his dog, Jasper, and a mercurial, gun-toting misanthrope named Bangley.

But when a random transmission beams through the radio of his 1956 Cessna, the voice ignites a hope deep inside him that a better life exists outside their tightly controlled perimeter. Risking everything, he flies past his point of no return and follows its static-broken trail, only to find something that is both better and worse than anything he could ever hope for.

I really love Peter Heller’s book The Dog Stars. I picked it up because I love the stars, basically. I was like, “Oh, the main character will be an astronomer and I’ll learn something about the stars.” It turns out it’s an apocalyptic book. It’s beautifully written. The main character is a pilot and, since I fly a lot of different things with varying degrees of success, I loved the book. But these are books I’d give just to say they’re amazing stories and you’ll probably learn something from them.