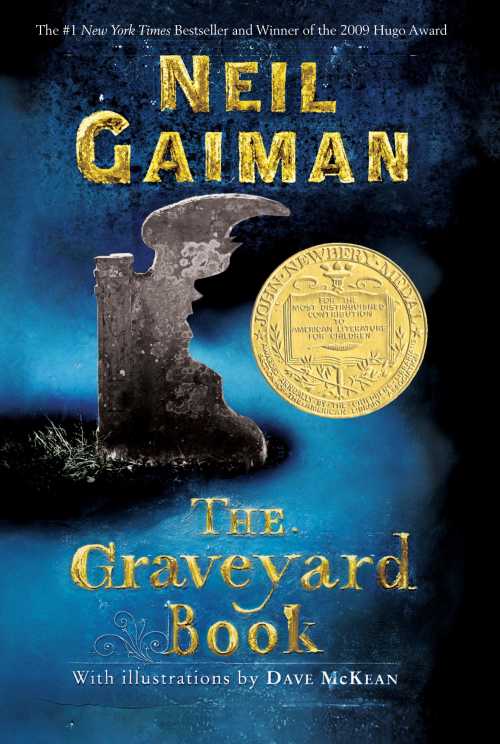 Nobody Owens is an unusual boy who inhabits an unusual place - he's the only living resident of a graveyard. Raised from infancy by the ghosts, werewolves, and other cemetery denizens, Bod has learned the antiquated customs of his guardians' time as well as their ghostly teachings - such as the ability to Fade so mere mortals cannot see him.

Can a boy raised by ghosts face the wonders and terrors of the worlds of both the living and the dead?

Magical, terrifying, and filled with breathtaking adventures, The Graveyard Book is the winner of the Newbery Medal, the Carnegie Medal, the Hugo Award for best novel, the Locus Award for Young Adult novel, the American Bookseller Association's "Best Indie Young Adult Buzz Book", a Horn Book Honor, and Audio Book of the Year.

And so The Graveyard Book, people have asked me, and I’m just going to answer the question here, they’ve asked me should I get because I very specifically recommended the audio book.

I’m sure the text is fantastic, but Neil strikes me – so I will drill into this with you a little bit because you have so much experience. Neil impresses me on many levels. He’s a spectacularly gifted poly math in the writing sphere and has not dabbled, it doesn’t do it justice. He’s not a professional dilettante like I am. He actually does really good work in a lot of areas. But he’s a really compelling narrator as an audio book narrator. He’s spectacularly good. And people have asked me should I get the full ensemble cast, or should I get the Neil Gaiman. I’ve only listened to the Neil Gaiman version of The Graveyard Book.

Now the other option that also has a really good track so far as far as people I’ve recommended it to is The Graveyard Book, by Neil Gaiman. It’s about a young boy who is raised in a graveyard. Really, really stellar. I think the audiobook is partially what drew me in, just because Neil Gaiman is such an incredible narrator.