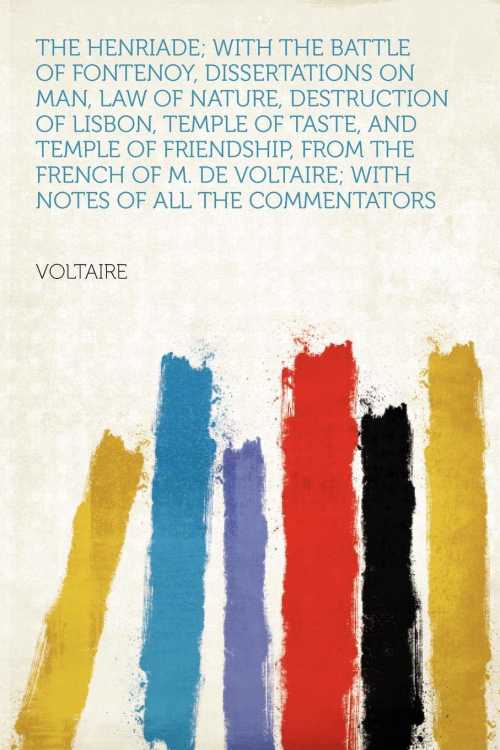 La Henriade is an epic poem of 1723 written by the French Enlightenment writer and philosopher Voltaire. According to Voltaire himself, the poem concerns and was written in honour of the life of Henry IV of France, and is a celebration of his life. The ostensible subject is the siege of Paris in 1589 by Henry III in concert with Henry of Navarre, soon to be Henry IV, but its themes are the twin evils of religious fanaticism and civil discord. It also concerns the political state of France. Voltaire aimed to be the French Virgil, outdoing the master by preserving Aristotelian unity of place—a property of classical tragedy rather than epic—by keeping the human action confined between Paris and Ivry.

I would start with ... The Hendriade.