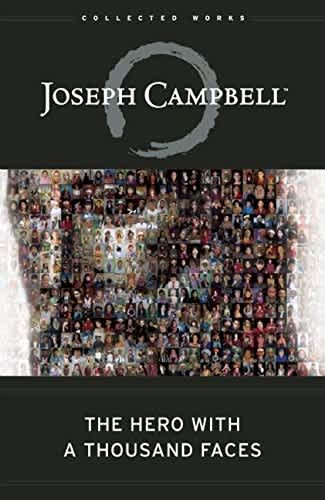 The Hero With a Thousand Faces

Since its release in 1949, The Hero with a Thousand Faces has influenced millions of readers by combining the insights of modern psychology with Joseph Campbell's revolutionary understanding of comparative mythology. In this book, Campbell outlines the Hero's Journey, a universal motif of adventure and transformation that runs through virtually all of the world's mythic traditions. He also explores the Cosmogonic Cycle, the mythic pattern of world creation and destruction.

As relevant today as when it was first published, The Hero with a Thousand Faces continues to find new audiences in fields ranging from religion and anthropology to literature and film studies. The book has also profoundly influenced creative artists - including authors, songwriters, game designers, and filmmakers - and continues to inspire all those interested in the inherent human need to tell stories.

What is the book (or books) you’ve given most as a gift, and why? Or what are one to three books that have greatly influenced your life?

One of the great books is Joseph Campbell’s The Hero with a Thousand Faces, which takes the character going through life and what are the attributes that different people have.