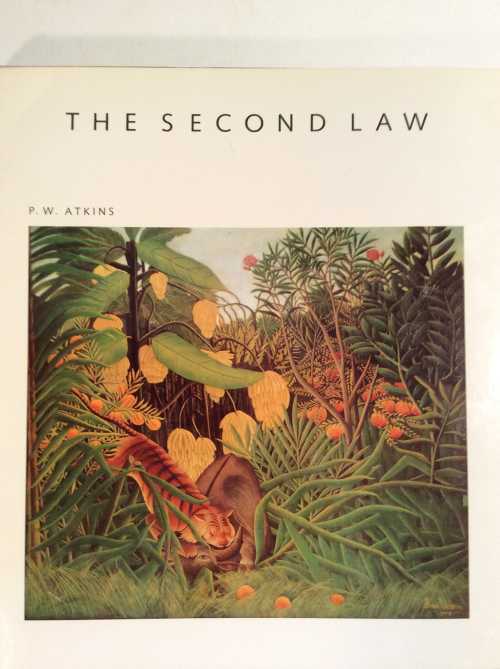 The novelist and physicist C. P. Snow once remarked that not knowing the Second Law of thermodynamics was analogous to never having read a work of Shakespeare's. This profusproductely illustrated volume breaks down the mathematical barriers that have prevented many from understanding this fundamental principle of energy transformation and describes the origin, atomic basis, and wide-ranging applications of this central, unifying description of all natural change.

Simply stated, the Second Law recognizes the intrinsic asymmetry in nature. Aspects of this asymmetry can be found all around us: hot objects cool, but cool objects do not spontaneously become hot; a bouncing ball comes to rest, but a stationary ball does not spontaneously begin to bounce. Oxford professor P. W. Atkins begins his examination of these seemingly random but vitally important phenomena with early observations of the steam engine and traces the deepening understanding that emerged when the atomic basis of the Law was established. He analyzes the Law from a modern viewpoint, enabling us to see how a single, simple idea encompasses all elements of natural change.

Atkins explores this idea from its first recognition through its application in engines, refrigerators, and heat pumps to its role as the driving force of chemical reactions and, finally, to the emergence of the exquisitely ordered structures characteristic of life itself.

Using striking computer graphics to develop a unified picture of nature, the author shows us how structures are built apparently out of chaos until we grasp the underlying, awesome simplicity of complexity. An appendix details how to program the generation of printouts of the concepts discussed.

The other book I found myself gifting a lot lately is an out-of-print book on thermodynamics called The Second Law. It was written by an Oxford physical chemistry professor named P.W. Atkins. That book is just a phenomenal, casual, infographic-laden read on how the world works from an energy perspective. I found that so incredibly useful in trying to understand how to do something, how to make something work, whether something’s even possible. It’s frequently my bullshit detector.

When somebody’s trying to convince me some technology or some idea has merit, I very quickly come back to just sketching out the kind of thing I did for that email, where it’s like, let me just see – with knowing nothing about the subject, if I can just sketch out the basic ideas of how much energy is going to be involved or consumed or if I assume limitless capacities, does this make any sense ever?