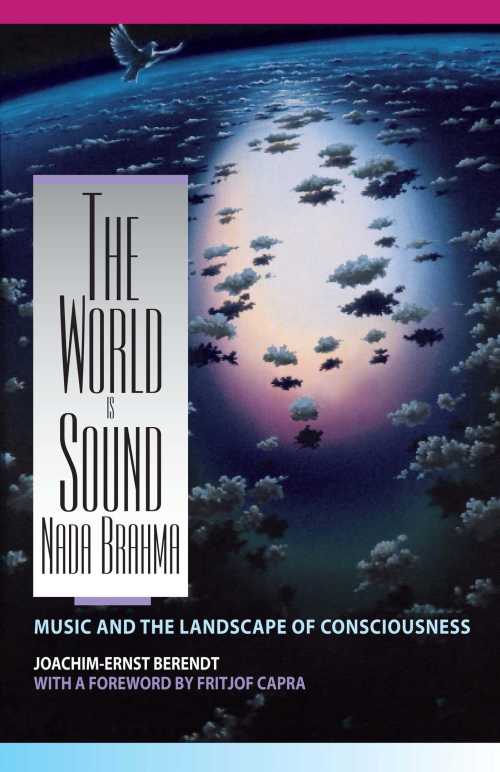 The World Is Sound

Nada Brahma – Music and the Landscape of Consciousness

Scientists have only recently learned that the particles of an oxygen atom vibrate in a major key and that blades of grass ‘sing.” Europe’s foremost jazz producer takes the reader on an exhilarating journey through Asia, Europe, Africa, and Latin America, exploring the musical traditions of diverse cultures and reaffirming what the ancients have always known--the world is sound, rhythm, and vibration. Berendt’s book is alive with his experiences--living in Bali, studying at a Zen monastery in Kyoto, and encountering budding jazz stars in Indonesia, Japan, Europe, and the United States. Drawing from his friendships with composers and performers as well as his knowledge of new physics and Tantra, cybernetics, Sufism, and the works of Hermann Hesse, he reveals the importance of sound in shaping cultural and spiritual life worldwide.

A tribute to the work of many of the greatest figures of our age--including Hans Kayser, Jean Gebser, Sufi Hazrat lnayat Khan, musicians John Coltrane and Ravi Shankar--Berendt’s book suggests that hearing, rather than seeing, is the key to a more spiritual experience of consciousness. His discussion of sound in relation to mathematics, logic, sacred geometry, myth, and sexuality is practical as well as theoretical, offering readers a variety of techniques for developing the ear as an organ of spiritual perception.

I learned about things like the harmonic series or the overtone series, which is a beautiful set of whole number of ratios that sort of govern Western music and the 12-tone scale and things. But I didn’t know as much about just versus, even intonation, and how also these ratios show up kind of everywhere in life, be it, you know, from how plants—for them—to the orbit of the planets to lots of things.