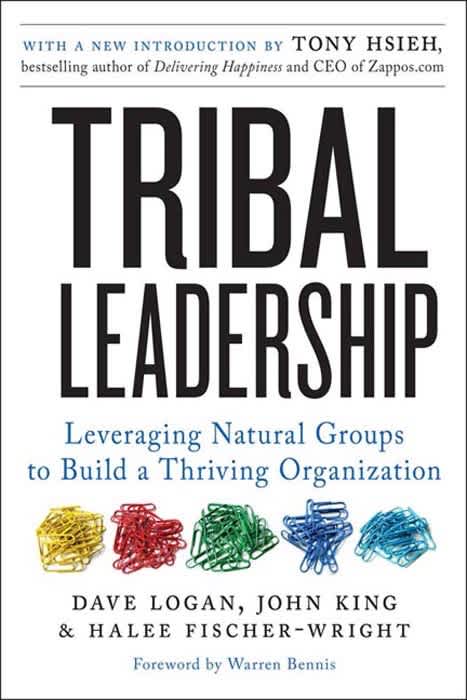 It’s a fact of life: birds flock, fish school, people “tribe.” Malcolm Gladwell and other authors have written about how the fact that humans are genetically programmed to form “tribes” of 20-150 people has proven true throughout our species’ history. Every company in the word consists of an interconnected network of tribes (A tribe is defined as a group of between 20 and 150 people in which everyone knows everyone else, or at least knows of everyone else).

In Tribal Leadership, Dave Logan, John King, and Halee Fischer-Wright show corporate leaders how to first assess their company’s tribal culture and then raise their companies’ tribes to unprecedented heights of success. In a rigorous eight-year study of approximately 24,000 people in over two dozen corporations, Logan, King, and Fischer-Wright discovered a common theme: the success of a company depends on its tribes, the strength of its tribes is determined by the tribal culture, and a thriving corporate culture can be established by an effective tribal leader. Tribal Leadership will show leaders how to employ their companies’ tribes to maximize productivity and profit: the author’s research, backed up with interviews ranging from Brian France (CEO of NASCAR) to “Dilbert” creator Scott Adams, shows that over three quarters of the organizations they’ve studied have tribal cultures that are adequate at best.

On the culture side, of somebody starting a firm – I’m looking over your shoulder because I’ve got a bunch of them on the bookshelf here. Tribal Leadership by Dave Logan. Dave Logan has looked at thousands of organizations and puts them into categories. And Phil Jackson, the former coach of the Chicago Bulls has observed that that framework that Logan discusses in Tribal Leadership is the best framework for understanding world-class teams that he’s come across.