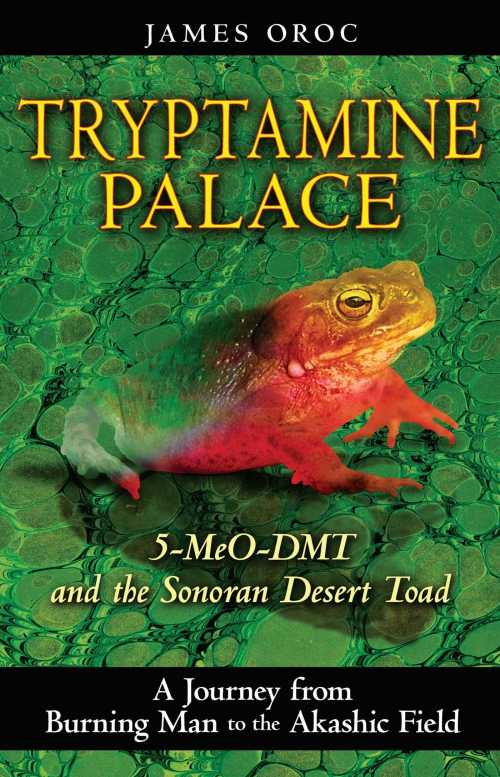 5-MeO-DMT and the Sonoran Desert Toad

The venom from Bufo alvarius, an unusual toad found in the Sonoran desert, contains 5-MeO-DMT, a potent natural chemical similar in effect to the more common entheogen DMT. The venom can be dried into a powder, which some researchers speculate was used ceremonially by Amerindian shamans. When smoked it prompts an instantaneous break with the physical world that causes out-of-body experiences completely removed from the conventional dimensions of reality.

In Tryptamine Palace, James Oroc shares his personal experiences with 5-MeODMT, which led to a complete transformation of his understanding of himself and of the very fabric of reality. Driven to comprehend the transformational properties of this substance, Oroc combined extensive studies of physics and philosophy with the epiphanies he gained from his time at Burning Man. He discovered that ingesting tryptamines unlocked a fundamental human capacity for higher knowledge through direct contact with the zero-point field of modern physics, known to the ancients as the Akashic Field. In the quantum world of nonlocal interactions, the line between the physical and the mental dissolves. 5-MeO-DMT, Oroc argues, can act as a means to awaken the remarkable capacities of the human soul as well as restore experiential mystical spirituality to Western civilization.

The other book would be Tryptamine Palace, which is fantastic because it looks at the 5-MeO experience from a Buddhist and a Hinduist perspective.