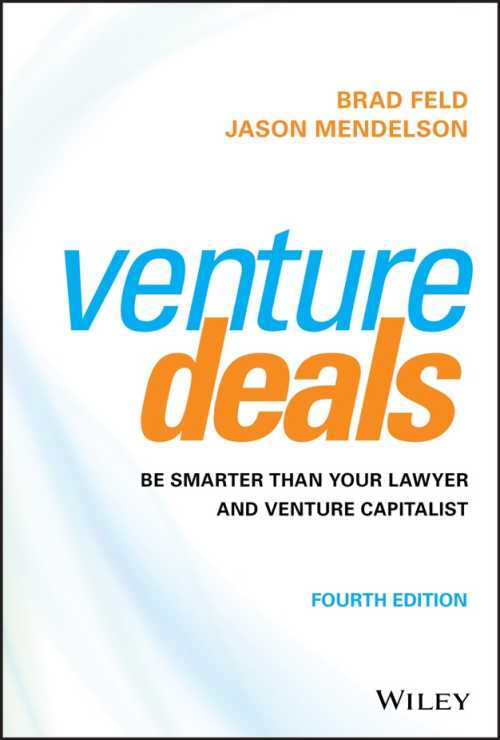 Be Smarter Than Your Lawyer and Venture Capitalist

How do venture capital deals come together? This is one of the most frequent questions asked by each generation of new entrepreneurs. Surprisingly, there is little reliable information on the subject. No one understands this better than Brad Feld and Jason Mendelson. The founders and driving force behind the Foundry Group—a venture capital firm focused on investing in early-stage information technology companies—Brad and Jason have been involved in hundreds of venture capital financings. Their investments range from small startups to large Series A venture financing rounds. The new edition of Venture Deals continues to show fledgling entrepreneurs the inner-workings of the VC process, from the venture capital term sheet and effective negotiating strategies to the initial seed and the later stages of development.

Fully updated to reflect the intricacies of startups and entrepreneurship in today's dynamic economic environment, this new edition includes revisions and updates to coverage on negotiating, gender issues, ICO’s, and economic terms. New chapters examine legal and procedural considerations relevant to fundraising, bank debt, equity and convertible debt, how to hire an investment banker to sell a company, and more.

Venture Deals: Be Smarter Than Your Lawyer and Venture Capitalist is a must-have resource for Any aspiring entrepreneur, venture capitalist, or lawyer involved in VC deals as well as students and instructors in related areas of study.

When I went to raise venture capital there’s one called – I think it’s something like How to be Smarter than your Venture Capitalist. Like literally something like that and I liked that. And I was like, you know, I've raised $70 million so I guess I figured that out.