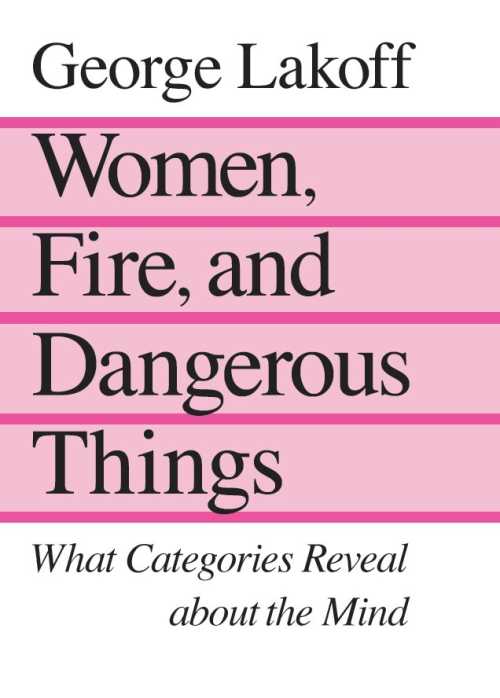 What Categories Reveal About the Mind

Women, Fire, and Dangerous Things explores the effects of cognitive metaphors, both culturally specific and human-universal, on the grammar per se of several languages, and the evidence of the limitations of the classical logical-positivist or Anglo-American School philosophical concept of the category usually used to explain or describe the scientific method.

I might point them to George Lakoff, like he has a great Seminolework from the ‘70s called Women, Fire, and Dangerous Things. Or just other books about framing and language.