Eric Emerson Schmidt (born April 27, 1955) is an American businessman and software engineer. He is currently chair of the US Department of Defense's Defense Innovation Advisory Board. He is known for being the CEO of Google from 2001 to 2011, executive chairman of Google from 2011 to 2015, executive chairman of Alphabet Inc. from 2015 to 2017, and Technical Advisor at Alphabet from 2017 to 2020. In 2017, Forbes ranked Schmidt as the 119th-richest person in the world, with an estimated wealth of US$11.1 billion. 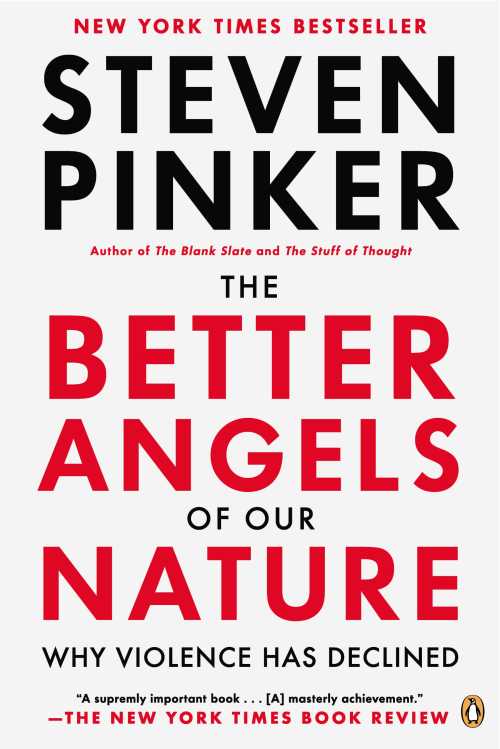 The Better Angels of Our Nature

I think the one that has had the biggest impact on me and the one that I’ve given the most number of people has been [The Better Angels of Our Nature]. And [The Better Angels of Our Nature] is a 700-page book on death. And it’s written by a brilliant Harvard professor who talks at great length about death rates and the human condition. And he spends a lot of time talking about what happened 200, 300, 400, 500 years ago. And when you finish the book, which takes a long time, you conclude that the world is in a much, much better place than it has been in the past, that a thousand years ago, the average man died in a war and the average woman died in pregnancy in their 20s, and that a child born today has a very high likelihood in almost all parts of the world to live to a natural old age. That’s an extraordinary statement. And that’s why the people who run around saying, “Oh, the world’s falling apart. We’ve never had it this bad.” That’s just not true. And the data says it’s not true.