Michael Edward "Mike" Novogratz (sometimes Novo, born November 26, 1964) is an ex-hedge fund manager, formerly of the investment firm Fortress Investment Group. He was ranked a billionaire by Forbes in 2007 and 2008.Prior to joining Fortress, he was a partner at Goldman Sachs where he spent lots of time working abroad including leadership roles in Asia and Latin America. Novogratz is a 1987 graduate of Princeton University, where he was a member of the wrestling team. He was a Virginia state runner-up in high school wrestling. He served in the U.S. Army National Guard after college. His siblings include Jacqueline Novogratz and Robert Novogratz. 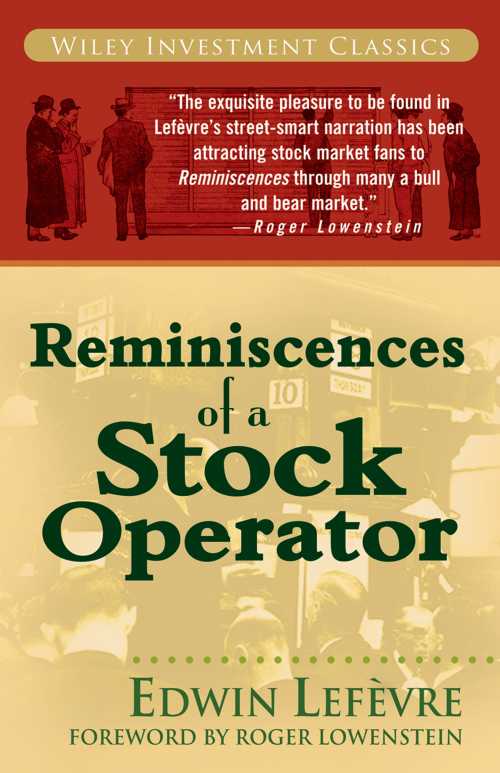 Reminiscences of a Stock Operator

There’s one book that I’ve given 40 copies away probably. And it’s called Reminiscence of a Stock Operator. And for anyone who wants to be a trader or an investor, this is the Bible. It was written in 1932 by a guy who was, at that time, maybe the world’s greatest speculator. Jesse Livermore is the fictional character. And what’s crazy about it is you can read it today in 2020, and it literally is still the Bible. And so every great trader annotates it, tears pages out of it.