Ricardo Semler (born 1959 in São Paulo) is the CEO and majority owner of Semco Partners, a Brazilian company best known for its radical form of industrial democracy and corporate re-engineering. Under his ownership, revenue has grown from 4 million US dollars in 1982 to 212 million US dollars in 2003 and his innovative business management policies have attracted widespread interest around the world. Time featured him among its Global 100 young leaders profile series published in 1994 while the World Economic Forum also nominated him. The Wall Street Journal America Economia, The Wall Street Journal's Latin American magazine, named him Latin American businessman of the year in 1990 and he was named Brazilian businessman of the year in 1990 and 1992. Virando a Própria Mesa ("Turning the Table on Yourself"), his first book, became the best selling non-fiction book in the history of Brazil. He has since written two books in English on the transformation of Semco and workplace re-engineering: Maverick, an English version of "Turning Your Own Table" published in 1993 and an international bestseller, and The Seven-Day Weekend in 2003. 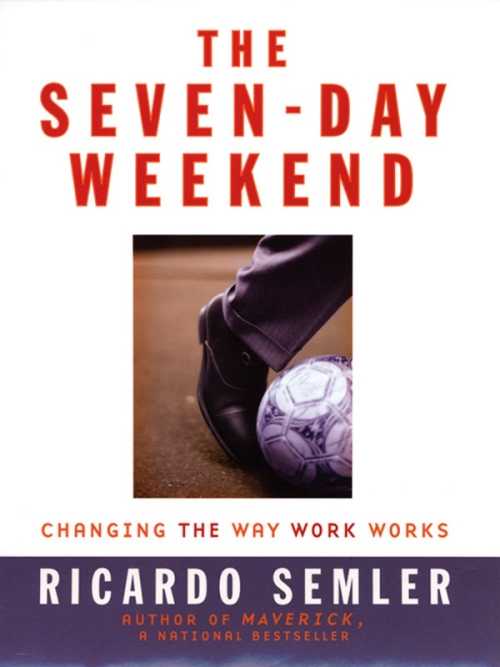 The Seven-Day Weekend, as with many other books, is a good place to poke around also inside your own head and to look for some insights.